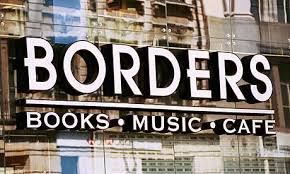 All books by Rayner Tapia

The London Book Fair, 16-18 April 2012, is the global marketplace for rights negotiation and the sale and distribution of content across print, audio, TV, film and digital channels.

Taking place every spring in the world’s premier publishing and cultural capital, it is a unique opportunity to hear from authors, enjoy the vibrant atmosphere and explore innovations shaping the publishing world of the future.

Rayner talks with Barbara Connelli on her

“When life gives you twists and turns,   Chique Yourself Up in Italy.

” Chique Secrets   of Dolce Vita *Amazon.com   Bestseller* Charming, poetic, delightful and humorous travel and life stories   about extraordinary Milanese women, men who have succumbed to their   temptation, and the art of living your own dolce vita no matter where in the   world you are.

NOTE IT IN YOUR DIARIES:- Sunday, 8th April, at Noon EST  FOR London 5pm in the evening

“When life gives you twists and turns,  Chique Yourself Up in Italy.”  Listen and Enjoy.

Rayner Tapia builds a fantasy world where good battles evil and humans live alongside celestial creatures in “The Dream Catcher: The Adventures of Tom McGuire”

LONDON – In Rayner Tapia’s new sci-fi fantasy “The Dream Catcher:
The Adventures of Tom McGuire” (ISBN 1466353775), two brothers discover the long-lost land of their mother’s celestial origin, a land called Oblivionarna. While exploring this strange, hidden territory, the teenage siblings, Tom and James McGuire, learn that their mother came to Earth to live as a human to escape the wrath of an intergalactic princess who was determined to destroy her.

This is the third volume from, ‘The Adventures of Tom McGuire -The Dream Catcher’ the boys are trying to defend and preserve their family and take on a number of adventures in parallel universes. They commune with Native American figures from Chippewa tribal lore. One boy searches for true love with a girl and finds himself rescuing a unicorn from distress. In another world, they witness cosmic fireballs and fend off an army of ghouls.

Yet these fantastical scenarios are not just whimsical sci-fi creations but vessels for an epic drama where good battles evil. In the tradition of C.S. Lewis’ “Chronicles of Narnia” and J.R.R. Tolkien’s “Lord of the Rings” series, the fictional universe of “The Dream Catcher” is rich with Christian symbolism, scripture and imagery. Dreamy and dramatic, the book’s characters may inhabit an alternate world, but in their quest to discern right from wrong, they find real love, are brave in the face of danger and also face everyday human struggles. This fast-paced fantasy will appeal to teens and adults alike who enjoy magical adventures.

“Set in a dreamy alternative universe of celestial creatures and Native American lore, ‘The Dream Catcher’ is my attempt to write sci-fi fantasy with a biblical theme” Rayner Tapia says.

“The Dream Catcher: – The Adventures of Tom McGuire” is available for sale online at Amazon.com and at all channels where book s are sold.

Rayner Tapia was born in Birmingham, England and has lived in London for most of her adult life.

She is an instructor of computer software for both corporate training and in schools and colleges. Her first book was released in 2009 achieving the 2009 British Hafta Award for Young Achievers.

Rayner will be Book signing

The Adventures of Tom McGuire book series books one, two and three.

Look out for Media coverage to attend.

Welcome to WordPress.com. After you read this, you should delete and write your own post, with a new title above. Or hit Add New on the left (of the admin dashboard) to start a fresh post.